The Gaogong LED Industry Research Institute (GLII) released the Silan Mingxin research report this week. It believes that the performance of Shilan Mingxin has continued to decline in the past two years. The main reasons for the decline in market share are as follows: the industry is fiercely competitive and the company adopts conservative Strategy; LED chip prices continue to decline, the company's products have no price advantage; the company's MOCVD equipment commissioning time is long, capacity is not released in a timely manner.

GLII also believes that although in the past two years of market competition, Silan Mingxin is in an unfavorable position, but the company's LED business is still steadily advancing, it is expected that the company's performance this year has bottomed out, the future performance will steadily improve. The main reasons are the stabilization of the market competition, the slowdown in product prices, the expansion of production capacity, and the steady increase in product gross margin.

GLII: China's LED lighting retail market is sluggish in 2012 GLII: Chengdu Lighting City is getting together, or the surplus is hidden. Qinshang Optoelectronics is the controlling shareholder of Dongguan Qinshang Group, holding 620,000 shares. 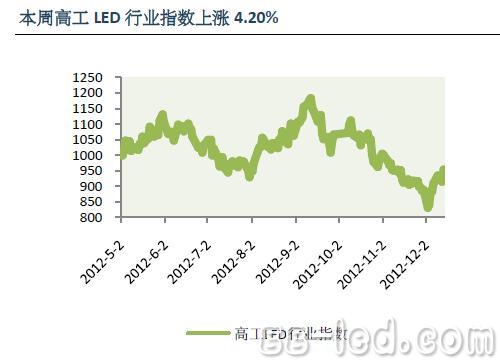