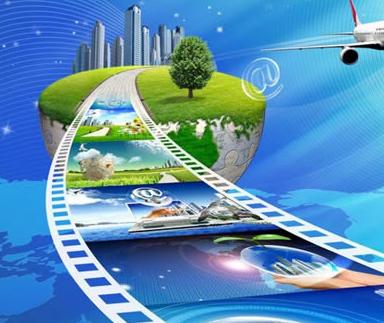 While e-commerce is widely accepted, various kinds of drawbacks are also exposed. For example, e-commerce price wars are chaotic, false promotions, improper after-sales services, express delivery, personal information disclosure, and so on, which have become complaints of consumers. Disaster-hit areas, but due to the current lack of laws and regulations on e-commerce, many consumers have no way to make complaints, and many dissatisfactions are only left untouched.

With regard to the industry chaos in e-commerce, during the two sessions this year, many deputies made suggestions. Among them, Dai Jinyi, deputy to the National People's Congress, suggested that in order to protect and promote the healthy and orderly development of China's e-commerce, e-commerce legislation should be accelerated.

Dai Jinyi particularly emphasized that e-commerce legislation should fully consider protecting the legitimate rights and interests of consumers. He said, â€œIn the e-commerce activities, consumersâ€™ rights and interests have only been weak due to the original legal protections such as the â€œConsumer Protection Lawâ€, especially in terms of online payment, logistics and distribution, quality assurance, and dispute handling methods. The economy and the real economy are quite different. Therefore, Chinaâ€™s e-commerce should fully consider how to effectively protect the legitimate rights and interests of consumers in the legislative process.â€

In response to this, there have been reports from the media a few days ago that relevant departments are making e-commerce laws and regulations and are expected to introduce this year.

Zhang Yanlai, a special researcher of the China Electronic Commerce Research Center that participated in the drafting of the â€œInternet Retail Management Regulations,â€ stated that the e-commerce regulations that are currently under development and that have the greatest impact and that e-commerce providers should pay attention to are the two most comprehensive ones: The "Regulations on the Supervision of Online Commodity Trading and Services" led by the General Administration of Commerce; the other is the "Internet Retail Management Regulation" led by the Ministry of Commerce. For a long time, the e-commerce transaction has only been regulated by several basic laws - such as civil law, contract law, etc., and now more closely regulated regulations that need to be incorporated are introduced.

Zhang Yan Lai believes that the e-commerce specification is not suitable to set a high threshold. On the contrary, regulations should be adopted to encourage e-commerce companies to implement online transactions. However, the problem of e-commerce in practice is also very prominent. Unlike the problem of physical merchants, many e-commerce disputes involve issues such as intellectual property rights, infringement of trademark rights, sales of counterfeit goods, and the free use of display pictures of other businesses. In addition, because the price on the Internet is more transparent. Some businesses have vilified their competitors by sending out soft papers, and they have a lot of problems involving unfair competition.

It is reported that the "Internet Retail Management Regulations" led by the Ministry of Commerce had been drafted before the year before, and the "Regulations on the Supervision of Online Commodity Trading and Services" led by the State Administration for Industry and Commerce also began drafting last year. The reason why the e-commerce related legislation is progressing slowly is mainly because e-commerce companies will continue to have new problems in their development, and laws must be adjusted accordingly.

Zhang Yanlai believes that e-commerce behavior is diverse and complex, and it is quite difficult to include it in a law. For example, it is difficult to define that only the specification of the price war will be formulated, and that new unfair competition actions may appear to replace the price war. "So, we should analyze the types and nature of the industry, and formulate laws that are relatively stable and that can regulate the industry in the long run."

Skiving through mechanical action, the long strip plate cuts the material out of sheets and straightens at a certain angle, and repeatedly cuts to form a uniform clearance structure. It is used to solve the heat dissipation of high power devices under the condition of air cooling and heat dissipation, which can improve the heat dissipation efficiency by 8 â‰¤ 15% compared with the insert heatsink.